Keynote 1: Networked UAVs on a Mission

Abstract. Today, UAVs are equipped with a host of sensors that aid in navigation, including gyroscopes, lidar, and GPS. UAVs can be further equipped with sensors that can aid in realizing missions such as search and rescue or finding and tracking a mobile target. Such sensors include software defined radios, environmental and gas sensors, and video cameras. In this talk, I will describe how the fusion of advanced capabilities in sensing, communication, and machine learning will enable networks of UAVs to accomplish previously impossible tasks. I will describe the state of the art and research challenges while drawing on recent experiences from experimental systems.

Edward Knightly is the Sheafor-Lindsay Professor and Department Chair of Electrical and Computer Engineering at Rice University in Houston, Texas. He received his Ph.D. and M.S. from the University of California at Berkeley and his B.S. from Auburn University. He is an ACM Fellow, an IEEE Fellow, and a Sloan Fellow. He received the Dynamic Spectrum Alliance Award for Research on New Opportunities for Dynamic Spectrum Access and the National Science Foundation CAREER Award. He received best paper awards from ACM MobiCom, ACM MobiHoc, IEEE Communications and Network Security (CNS), IEEE SECON (twice), and the IEEE Workshop on Cognitive Radio Architectures for Broadband. He served as general chair or technical chair for ACM MobiHoc, ACM MobiSys, IEEE INFOCOM, and IEEE SECON. He serves as an editor-at-large for IEEE/ACM Transactions on Networking and serves on the IMDEA Networks Scientific Council. In 2012, he served as an expert witness for the Apple v. Samsung patent trial of the century.

Professor Knightly’s research interests are design and in-the-field demonstration of new mobile and wireless networks and systems, including mission-driven autonomous drone networks, wireless security, and networked spectrum access in UHF, 60 GHz, THz, and visible light. He leads the Rice Networks Group. The group’s projects include deployment, operation, and management of a large-scale urban wireless network in a Houston under-resourced community. This network, Technology For All (TFA) Wireless, has served over 4,000 users in several square kilometers and employs custom-built programmable and observable access points. See a video from the 2016 White House announcement of the Advanced Wireless Research Initiative. The network was the first to provide residential access in frequencies spanning from unused UHF TV bands to legacy Wi-Fi bands (500 MHz to 5 GHz). His group developed the first multi-user beam-forming WLAN system that demonstrates a key performance feature now provided by Wi-Fi since the 802.11ac ammendment.

Keynote 2: Towards Building Internet of Vehicles

Abstract. Recent developments in the automotive industry point to a new emerging domain of connected vehicles, in which vehicles equipped with wireless radios can communicate a wide range of information to each other as well as the Internet infrastructure, including traffic updates, safety notification and infotainment content. The first half of the talk will focus on how to develop a hybrid network architecture for vehicular networks which combines both the existing cellular infrastructure as well as new vehicle-to-vehicle (V2V) communication capabilities. Compared to either a purely centralized cellular-based approach or a purely distributed V2V approach, this hybrid network architecture will improve cost, capacity and robustness. The second half of the talk will elaborate one particular example of vehicular applications – collaborative automotive sensing, which could be supported by vehicular networks. In collaborative automotive sensing, hundreds of embedded automotive sensors in each vehicle, coupled with online maps and other databases as well as crowd-sourced information from other cars, can jointly assess vehicular surrounding environments and driving contexts, and be used to enhance system performance and provide assistance to vehicle drivers and passengers. Dr. Fan Bai is a Staff Researcher in the Electrical & Control Systems Lab., Research & Development and Planning, General Motors Corporation, since Sep., 2005. Before joining General Motors research lab, he received the B.S. degree in automation engineering from Tsinghua University, Beijing, China, in 1999, and the M.S.E.E. and Ph.D. degrees in electrical engineering, from University of Southern California, Los Angeles, in 2005.

His current research is focused on the discovery of fundamental principles and the analysis and design of protocols/systems for next-generation vehicular networks, for safety, telematics and infotainment applications. He published about 100 research papers in top-quality conferences and journals, and received more than 11,000 citations (according to Google Scholar). He also has more than 120 patents granted or pending.

He received Charles L. McCuen Special Achievement Award from General Motors Corporation in recognition of his accomplishment in area of vehicle-to-vehicle communications for drive assistance & safety. He was featured as “ITS People” in 2014 by IEEE ITS Magazine for his technical contributions to vehicular networks and intelligent transportation systems. He serves as Technical Program Co-Chairs for IEEE WiVec 2007, IEEE MoVeNet 2008, ACM VANET 2011 and ACM VANET 2012, among other leading roles in academic and industry technical conferences. He is an Associate Editor of IEEE Transaction on Vehicular Technology and IEEE Transaction on Mobile Computing, and he also serves as guest editors for IEEE Wireless Communication Magazine, IEEE Vehicular Technology Magazine and Elsevier AdHoc Networks Journal.

He is a Fellow and Distinguished Lecturer of IEEE.

Abstract. It is envisioned in the future that not only smartphones will connect to cellular networks, but also all kinds of different wearable devices, sensors, vehicles, home appliances, VR headsets, and robots. Because the characteristics of these devices differ largely, people argue that future 5G systems should be designed to elastically accommodate different user types. The evolution of core networks will be driven by integrating heterogeneous networking technologies with the ultimate goal of migrating toward a new form of softwarized and programmable network. Network function virtualization will provide flexibility, short time to market, and low-cost solution to build network services, which are important features of 5G networks. In this talk, I’ll first present the evolution of cellular systems from 1st generation (1G) to 4th generation (4G), with a focus on core networks. I’ll then discuss the softwarization and virtualization of 5G core networks. 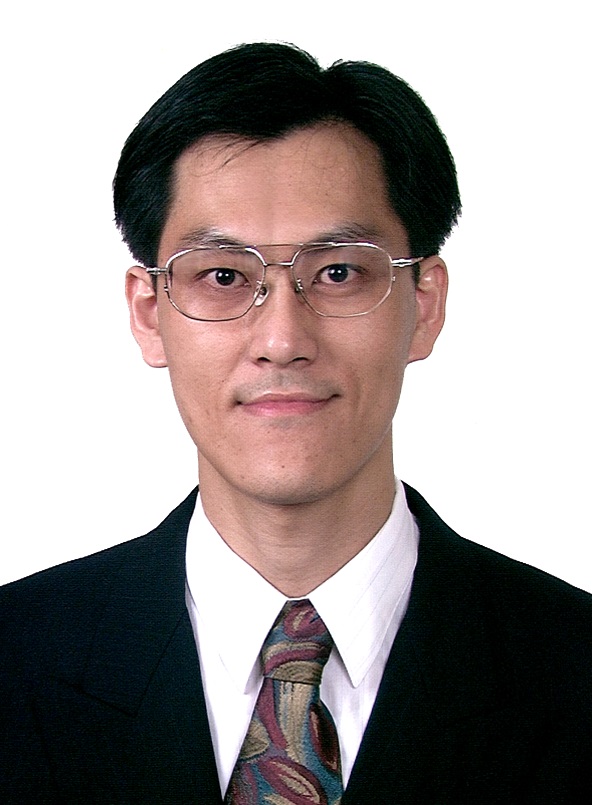 Jyh-Cheng Chen has been a Faculty Member with National Chiao Tung University (NCTU), Hsinchu, Taiwan since 2010. Prior to that, he was with Bellcore/Telcordia Technologies in New Jersey, USA, and National Tsing Hua University (NTHU), Hsinchu, Taiwan. He is also now serving as the Convener, Computer Science Program, Ministry of Science and Technology, Taiwan. Dr. Chen received numerous awards, including the Outstanding Teaching Awards from both NCTU and NTHU, the Outstanding Research Award from the Ministry of Science and Technology, the Outstanding I. T. Elite Award, Taiwan, the K. T. Li Breakthrough Award from the Institute of Information and Computing Machinery, and the Telcordia CEO Award. He is a Fellow of the IEEE and a Distinguished Member of the ACM. He was a member of the Fellows Evaluation Committee, IEEE Computer Society.